Michael Hartman is responsible for CSH’s Active Living platform, which focuses on investing in assets catering to residents who are Over 55. This opportunity includes acquiring and renovating existing assets, as well as developing new assets that are uniquely tailored to this community. Michael brings more than two decades of commercial real estate principal and advisory expertise to his role with CSH.

Prior to joining CSH, Michael was director of Investments, Senior Housing for Cortland Partners focusing exclusively on Active Living assets. Over a two-year period, he executed six transactions totaling over 1,200 units and deployed $140 Million of capital. Prior to that, he ran the Real Estate Division of Cohn Reznick Capital Markets, providing services that included debt and equity financing, M&A advisory, due diligence, and strategic investment advisement.

Michael’s extensive experience also includes a previous stint with CSH where he was part of the team that launched the original effort in 2003. In the past, Michael served as Vice President for Sunrise Senior Living, Inc. and Deutsche Banc Alex Brown, respectively. Michael has also worked as an associate and analyst for Prudential Securities Incorporated and The Yarmouth Group, respectively. Michael began his finance career as a loan officer with Shawmut Bank in Boston, Massachusetts.

Michael received his MBA in Finance and Real Estate from The Wharton School and holds his bachelor’s degree in Economics from Connecticut College.

Michael’s 2nd appearance on the show.

Hanh: [00:02:35] So can we start by talking about how senior housing has evolved over time? Give us a summary about the evolution of senior housing.

Michael: [00:02:43] It’s an important question, because I think for you to understand where we are today, you got to go back in time. And I always like to start by saying world war II. And before there was the old folk’s home that was fit and you would, in some cases, there were literally, uh, housing in America [00:03:00] that was called old folks’ home.

[00:03:01] That’s what it was called. And you put mom there. And she’d sit in the rocking chair and that was it. There were no nursing homes. There was no assisted living, nothing. And then after world war two, you started with the frailest people and they got into nursing homes. And that was really the first type of seniors housing.

Michael: [00:06:19] That’s a good question. Well, historically, if you look back those different segments have been very rigid.

[00:06:27] Meaning if you are independent, If you are a 55, plus you don’t have any of those elements of care. You don’t have food, housekeeping, transportation. If you’re in independent, you do have that, but you have no care. If you’re in memory care or assisted living, you have no doctors there, right? That’s just in a divided. [00:06:44] I think what’s happened because of technology. Um, I think what’s going to happen in the next 10 years is the lines get blurred. And here’s what I mean by that. When you talk to older folks that are thinking about different options, typically they are not. Ready all at wants [00:07:00] to make a decision to go into a particular type of community.

[00:09:13] Unfortunately, April and may were a very challenging time. As everyone knows, following the news, this, this pandemic has impacted seniors more dramatically. Other mortality rates are much higher and unfortunately we had a rough spring. The good news is that from these you learn and what we learned is how to better manage the safety of our residents. [00:09:38] And that comes everything from being sure we have enough PPE on hand for our caregivers. Um, to just simple things like, you know, how are we going to get a new resident in the building and what happens to them when they start? And so the way it’s impacted of course, is that everyone’s much more careful.

Hanh: [00:17:52] I’m seeing that the, the role of the person putting together the activity plans is huge. That will [00:18:00] comprise, like you said, the mental, the physical and the spiritual, and that’s why it gives them a reason to keep pressing on and have a purpose, whether it’s 55 plus continuum of care or whatever their new home is.

Michael: [00:18:19] He does it all. I run the 55 plus division and I also am responsible for the Southeast assisted living memory care. I’ve pretty much done. I’ve done all the different levels of care in my career. Developing, acquiring, renovating, comfortable, discussing all of them.

Hanh: [00:18:42] Yeah. You mentioned you do a Y gamma, including acquiring, renovating, developing. So what are some of the differences between these different types of deals or projects? What are some things that stand out for each one of them?

Michael: [00:18:56] Yeah, that’s, that’s a great question for, you know, our company. We [00:19:00] are what I’ll call a major. Metro focus, I’ll start at 30,000 feet and we like to locate our communities 55 plus or. Uh, assisted living memory care or independent living. We like to locate them in major metropolitan areas. We are starting to look at some smaller markets, particularly in the South.

Hanh: [00:22:31] Do you have advice in helping or helping aging adults and their loved ones to choose the right housing solution?

Michael: [00:22:39] Yeah, I’m a real estate guy and a finance guy. And we hire operators to operate our communities. And I think the best thing is to have an assessment done by a professional. Now that typically in any large city, you’re going to have a number of different communities that you could go to.

Michael: [00:22:56] And the basic advice would be to as an [00:23:00] adult child, that people, your age, my age, To go with our parents. It’s pretty typical by the time you need assisted living memory care that that, that adult child is pretty heavily involved, 55 plus a little bit different because that is generally the senior themselves.

Hanh: [00:26:34] It is on a personal level. What do you think is your biggest strength that enables you to have a unique, impactful effect on older adults?

Michael: [00:26:47] I’m a real estate guy. And I guess what I love and I was a general real estate person before I was a seniors housing person, meaning that the first 10 years of my career, I was doing [00:27:00] apartments, hotels, office buildings, parking lots, all these different things. And what really gravitated me towards seniors housing and how it felt like for the same amount of energy and effort that I could put into this work.

Michael: [00:27:10] I could also have an impact on people’s lives. I’ve been doing this for 15, 20 years now, and I just love the idea that. Our housing that we’re providing is doing something beyond simply a place to hang your hat, but it’s really helping people in their families with that stage in life. And so I think I am by nature an empath.

Hanh: [00:27:46] I appreciate that. Do you have anything else that you would like to share with the audience?

Michael: [00:27:51] Yeah. One of the things that I did want to say, so personally, I’m 52 years old and I was thinking about, what am I going to do for my end game? Like, what am I going to be in a lot of [00:28:00] times you talk to people and they say, well, I don’t want to be institutionalized? They have a vision in their head of what that building.

[00:28:07] It’s going to look like, and it’s something like in between maybe a prison and a summer camp and they can’t quantify it. And maybe the one time they ever were in one was 20 years ago when they were looking for their parents or grandparents. And it was a nursing home. And all I’ll say is a lot has changed. [00:28:23] And I have no problem. I hope I do end up in one of our communities or one of our, one of our rival’s communities.

Hanh: [00:28:53] I, I wholeheartedly believe that. I think it’s a great industry with some great people, very caring, compassionate.

Michael: [00:29:00] And I think they’re making a huge difference on the older adults lives. So thank you. Thank you so much. 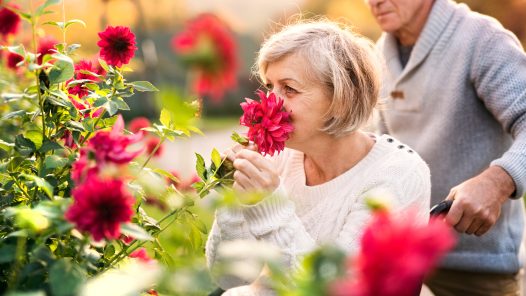 Craig D. Hanson – A New Kind of Senior Living and How It’s Changing the Lives of Seniors

by H. Brown2 days ago

As our population ages, it's more important than ever to consider the impact of active aging, brain health, senior living, and affordable housing on the aging population. Active aging is a lifestyle approach that emphasizes involvement in physical... 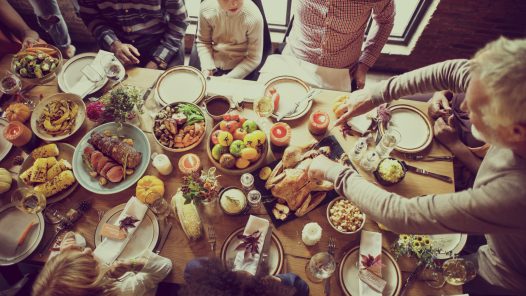 You know that you should be eating better, but it's hard to know where to start. Nutrition is one of the most important factors in maintaining a healthy lifestyle, but it can also be one of the most confusing. The baby boomer generation is entering... 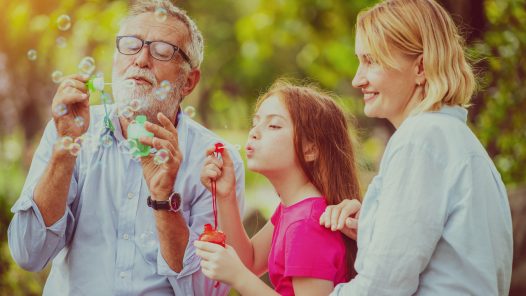 Alzheimer's and Parkinson's diseases are two of the world's most common neurological disorders. Alzheimer's affects approximately 6.2 million people, while Parkinson's affects nearly 10 million, according to the World Health Organization. These... 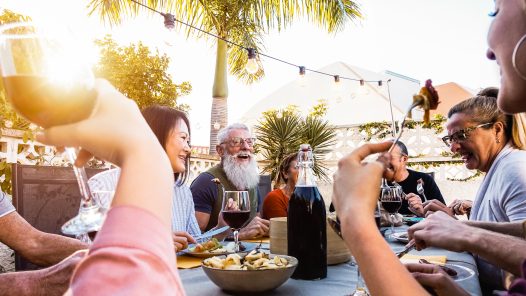 The Baby Boomer generation is known for being ambitious, hard-working, and eager to take risks. As such, they are well-positioned to invest in early-stage venture capital and alternative investment firms. These firms are often looking for... 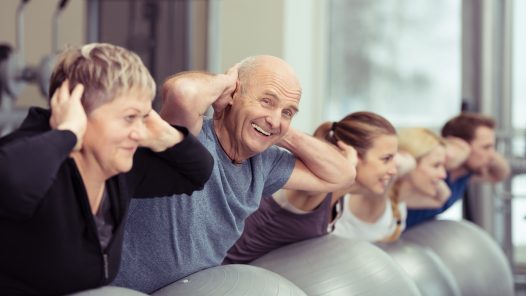 Chuck Gaidica – Sitting Is the New Smoking. Stand Up for Your Health!

Sitting Is the New Smoking. Stand Up for Your Health! For years, we've been told that smoking is bad for our health. We know it increases our risk of lung cancer, heart disease, and other serious illnesses. But what about sitting? According to... 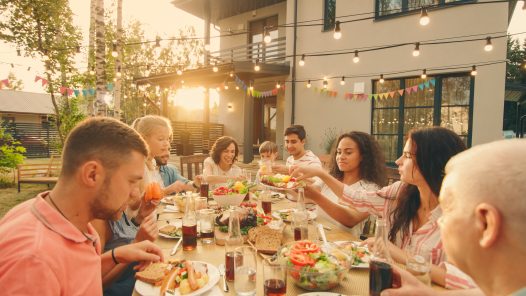 In today's world, it's more important than ever to think about retirement investing. With traditional pensions becoming increasingly rare, and social security benefits failing to keep pace with the cost of living, retirees are facing greater... 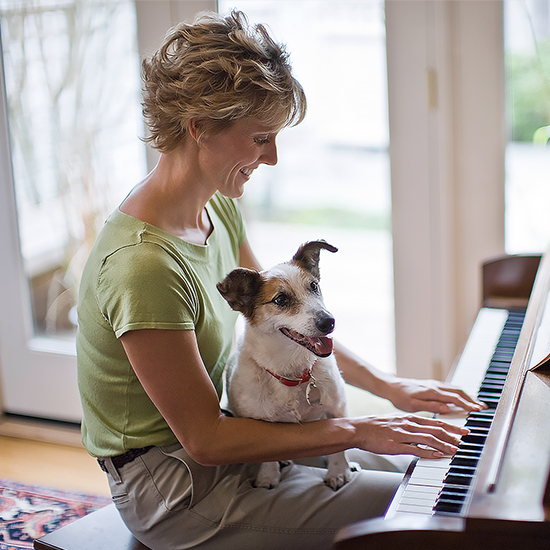